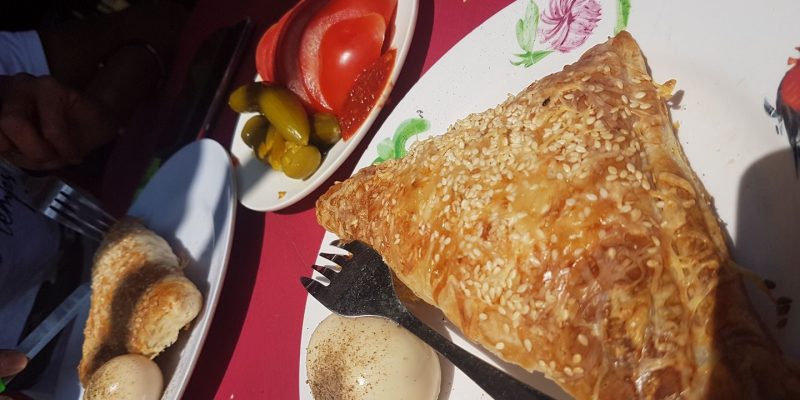 Burekas z’ak was founded on 1936 by a Turkish Jew Called Jacob which was originally from the city of Izmir in turkey and wanted to bring the Bourekas tradition into Jaffa.

The Turkish Bourekas is pretty close to the Bulgarian Bourekas, same pilas dough which is crunchy and crispy and the fillings are usually with spinach and goat cheese, Kashkaval cheese (the triangle shape) or potato (usually it’s the rectangular shape).

You can eat your Bourekas in the Jaffa way with some pickles on the side, mashed potato and a boiled egg, which is usually baked with the Bourekas so it gets the brownish color. 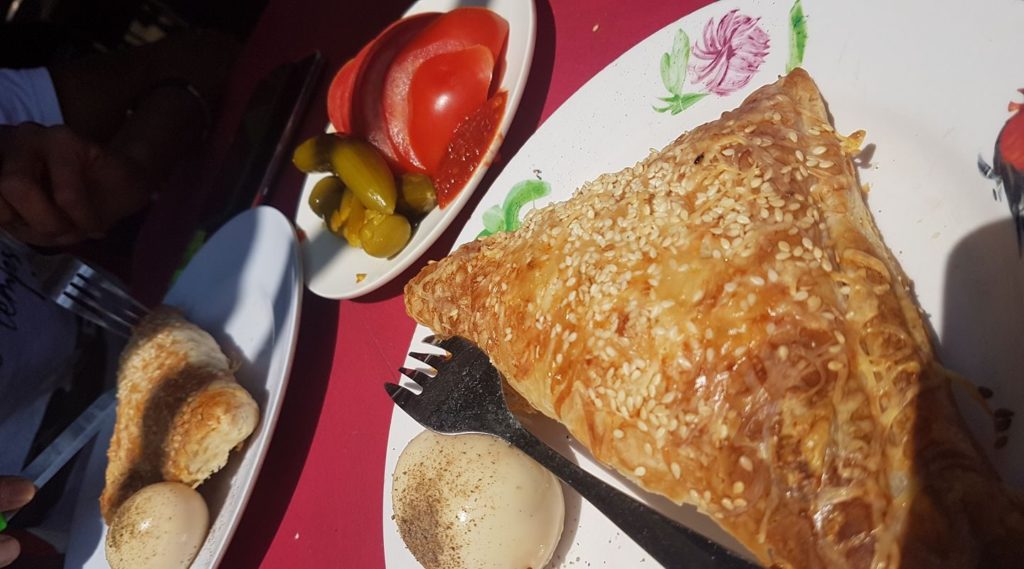