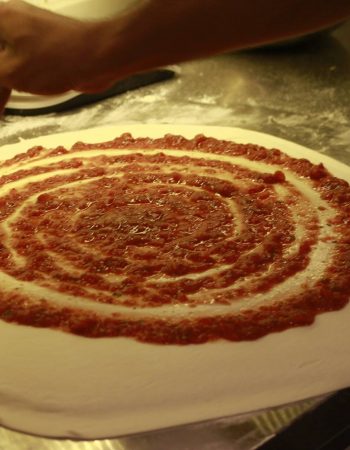 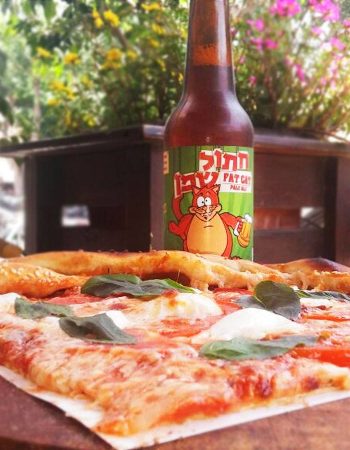 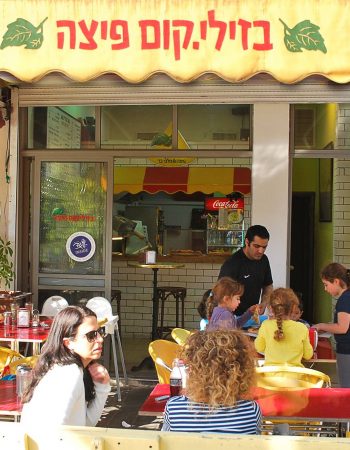 Bazillicom Yehuda Maccabi is the second branch of the Bazillicom successful pizzeria from Florentin which was opened to supply the pizza needs for uptown customers.

The Bazillicom pizza has its own characters which you can spot in a second. It’s a thin crust pizza with folded edges filled with sauce and sprinkled with sesame seeds, a delicious end of the pizza which is sometimes dry in other pizzerias.

You can find in Bazillicom specials like pesto sauce instead of the traditional tomato sauce, toppings like spinach and smoked cheese or sweet potato and black olives and many more.

There are a few deals like the Large Pizza for 54 nis or the XL pizza plus one topping and 1.5 liter of coca cola for 89 nis and a few more special deals from time to time.