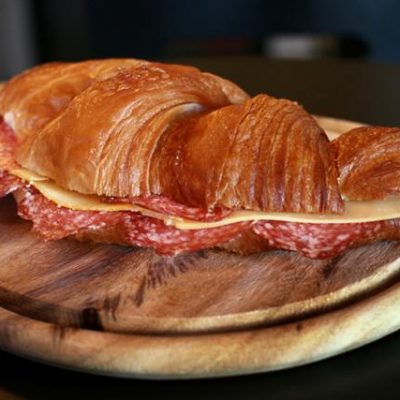 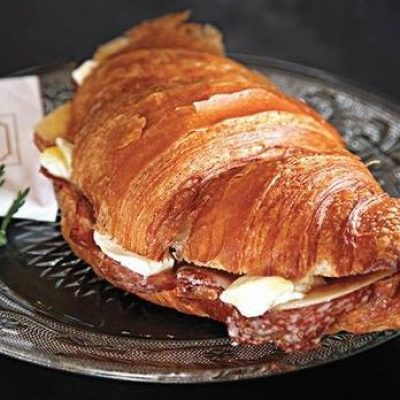 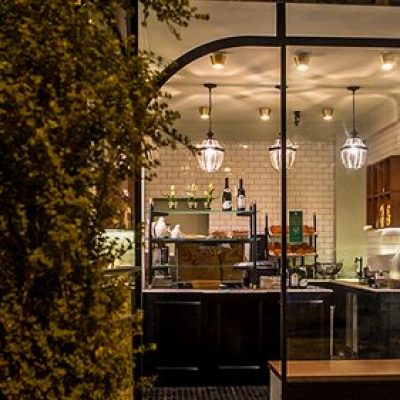 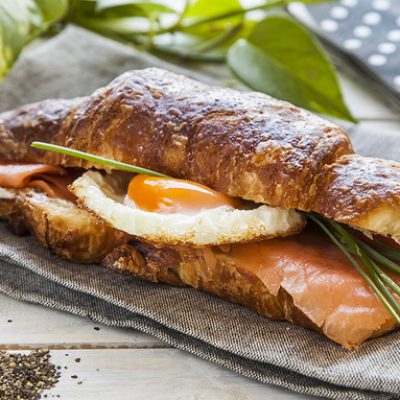 La Gaterie King George is a combination between a French croissant and an Israeli sandwich, basically it’s a croissant cut in half, filled with all sort of goodies and served as a buttery sandwich which will make you guilty for having such a fatty treat.

There are several options for this croissant, savory with a ham and cheese fillings, French cheese, and more, on the sweet options you have chocolate and Nutella fillings to create your special dessert.

La Gaterie King George approaches the morning people as well as the night party people who want a special munch before or after a party. 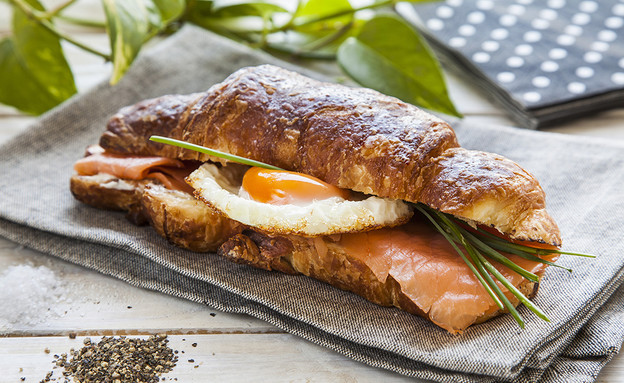