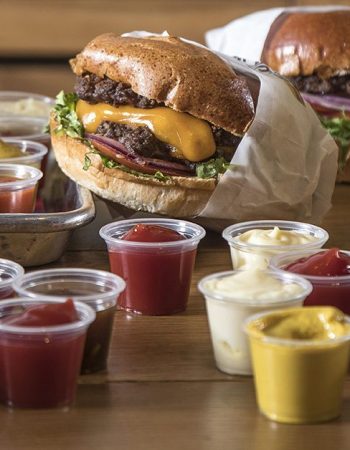 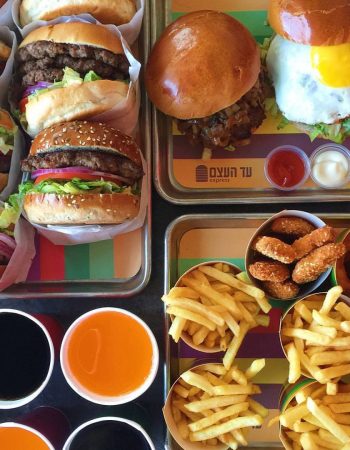 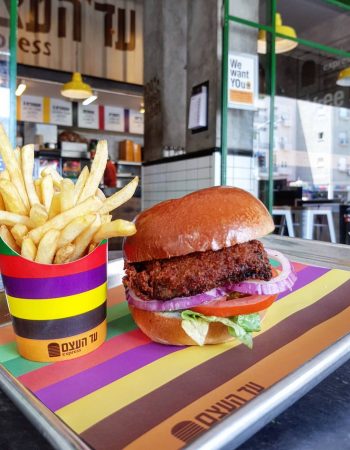 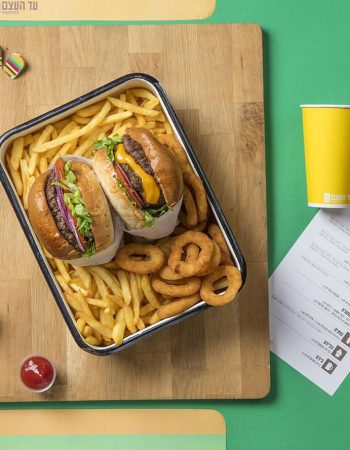 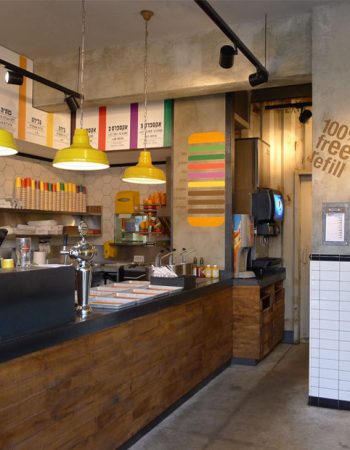 Ad Ha’etzem Express King George is actually a chain of fast food hamburger joints which are coming from the head quality meat restaurant called Ad Ha’etzem and is located in Herzliya city.

The Idea behind this chain is to make similar fine hamburgers of the main restaurant accessible for the Tel-aviv crowd which are not into a fancy restaurant but still appreciate quality meat in reasonable prices.

There is one hamburger size which is 120 grams and you can have it in a single, double or triple size, as a hamburger by itself or as a meal with French fries.

Prices are fairly cheap coming from $5 to $15 to the triple size, about 30% lower than the average hamburger in Tel aviv.

There are two more branches to the Ad Ha’etzem Express King George, one is on Ibn gabirol street and another one on the corner of Rothschild and Allenby. 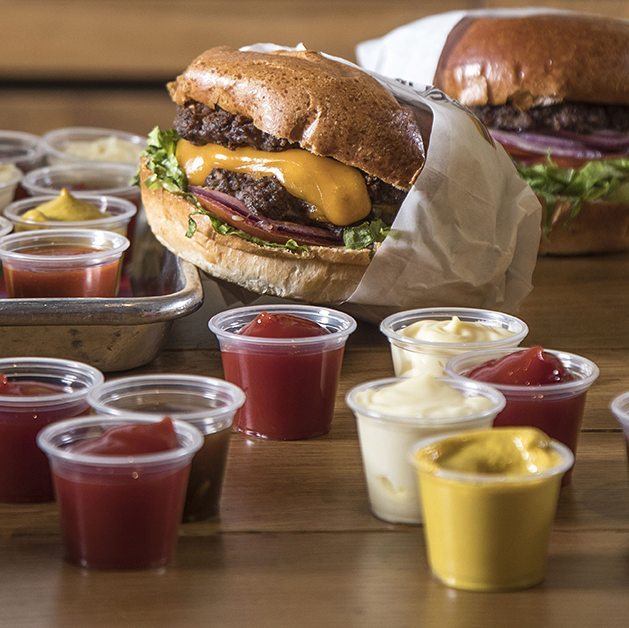